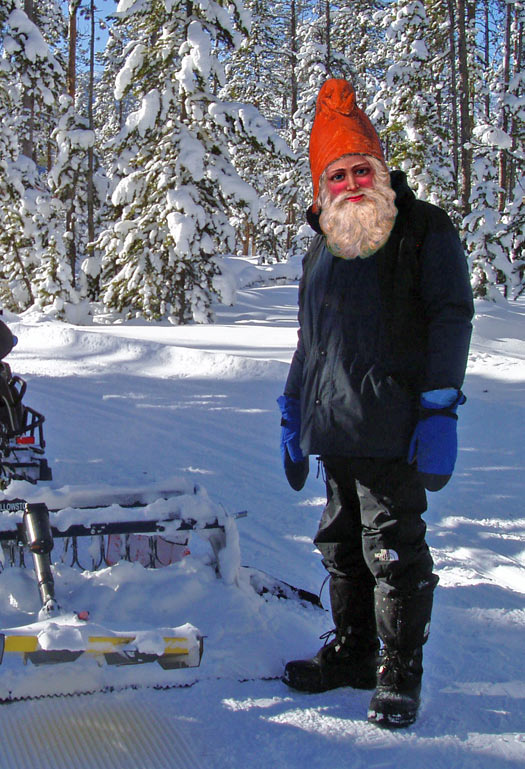 On Thursday, December 22nd, the resurrected, invincible sun once again rules the skies above the Sawtooth Valley’s cross country ski trails. What a beautiful day! At Park Creek, Lupine, Shooting Star and Camus trails were rolled on Tuesday, but deep snow bogged down efforts to expand the trails. The groomer slowed, sank below the surface, and refused to move any further through deep drifts on the way to Skyrocket. After Friday’s predicted snowstorm, Park Creek’s hirsute groomers, Grandpa Grey Beard and the Barbarosa Emmetosa, plan a double dose of trail work for the weekend. At Alturas Lake, all trails except for North Cabin were rolled on Wednesday. A major dig to free the Alturas Ginzu Groomer from its snowy tomb is planned for today. Davinius, the Alturas trail mastermind, was proudly pileated for the last days of Saturnalia, wearing his red Phrygian hat to symbolize revolution, freedom and the pursuit of liberty. He was taking full advantage of the Saturnalian tradition that permitted slaves to disrespect their masters without the threat of a punishment as he called out at passing skiers, “Yo Saturnalia! Get a job, lead butt!”