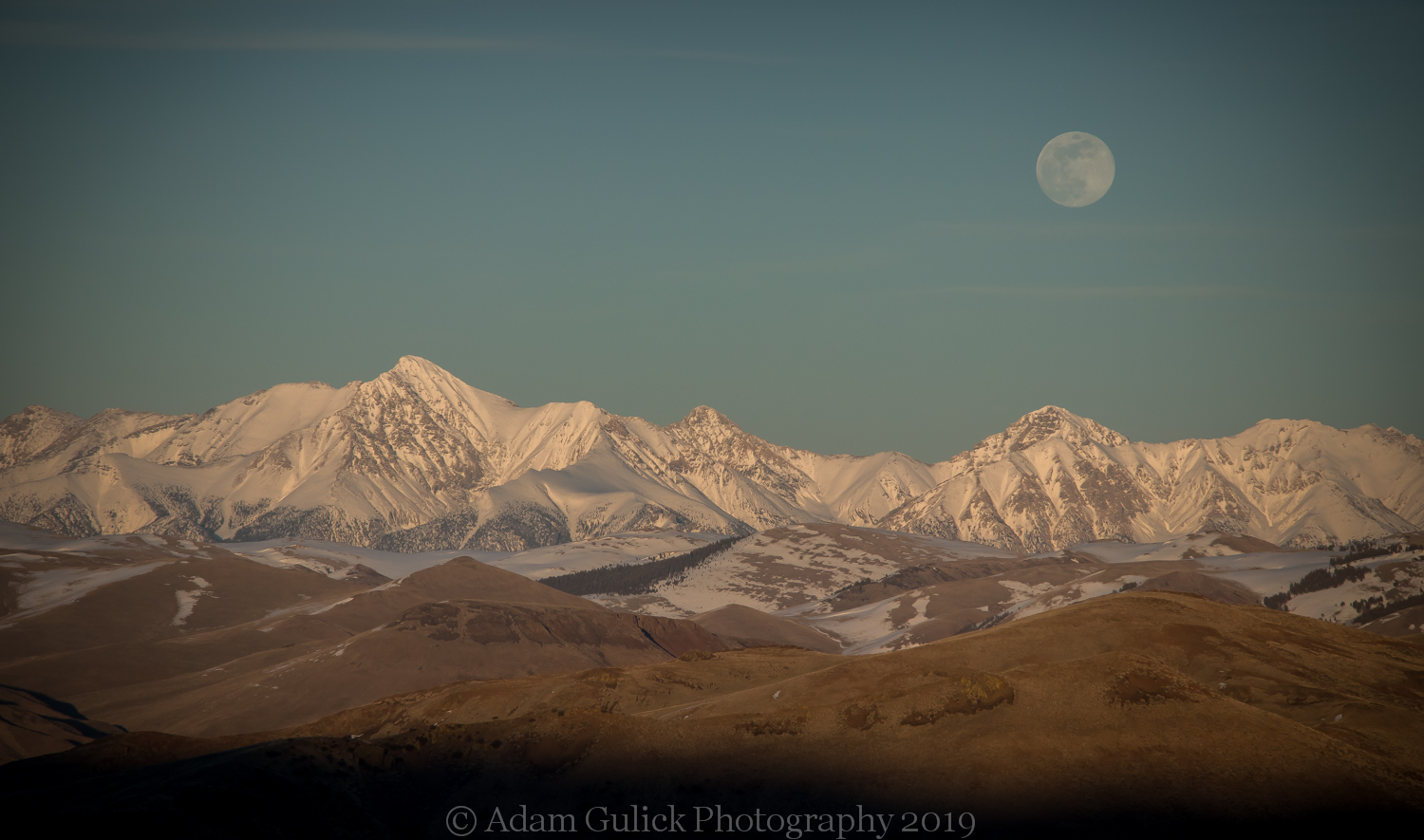 Between the Mountains and the Desert: East fork of the Salmon River Country

The Salmon River and its many tributaries carry the bulk of water from the Central Idaho mountains to the Pacific Ocean. The main artery of the river begins right here in the Sawtooth Valley, but the river turns into a mightier force as the water gains momentum on its journey to the ocean. As the west slope of the Boulder-White Clouds drains into the Main Salmon the east slope of the range drains into the East Fork of the Salmon before joining with the main just down river from Clayton.

The East Fork of the Salmon is born from the snowpack and spring fed streams high in the mountain basins of the Boulder-White Clouds. These mountain basins are located on the backside of some familiar giants. These prominent peaks can be seen while traveling highway 75 north between Ketchum and Stanley. Most notable of these peaks is the 11,153 ft. Behemoth, known as Galena Peak. Galena cuts the divide of the south and west forks of the east fork. What people aren’t as familiar with are the back sides of these peaks where the headwaters of the East Fork call home. The upper end of the river is bordered by The Hemingway-Bounders Wilderness to the South and East. The north and west banks of the river borders the East fork-Germania divide. This upper stretch of river is roadless, so don’t expect to visit via 4 wheels. However, a single-track trail makes for excellent early season hiking, biking, horseback or motorcycle riding. Trail 112 follows the east fork and then the west fork of the east fork over the mountains to the Grand Prize along pole creek road on the west side of the mountains. Trail 113 up the south fork takes your boots deep into the wilderness to a mountain basin at the base of Silver Peak (11,112 ft.).

Approximately 5 miles downstream of its origin the river meets the trailhead and the end of the east fork road at the Bowery Guard Station. West Pass Creek increases the volume of the river where hot water bubbles up from the earth. The river is now entering a transition zone from the high alpine peaks and forests to the arid high desert typical of the Salmon River. Bowery Creek marks the Boundary between the Hemingway-Boulder Wilderness and the Jim McClure-Jerry Peak Wilderness to the east and the White Clouds Wilderness begins at the base of Germania creek. The Jerry Peak wilderness is comprised of sagebrush highlands, snowcapped peaks, dispersed timber pockets, and home to large herds of Rocky Mountain Elk. The mighty and majestic Castle Peak contributes its share of water via Germania, Wickiup and a little Boulder Creeks flowing in from the west.

Moving downstream the river canyon widens as the wilderness turns to old family farms and rolling grassy hills where trees become scarce and sage and bitterbrush and cottonwoods dominate the landscape. The deep winter snow recedes making this part of the east fork making critical winter grounds for elk, deer, bighorn sheep and a variety of other species. Bowery peak and Sheep Mountain dominate the eastern skyline.

The east fork road is met by the Big Boulder road leading to the historic Livingston Mine, Railroad ridge and the foot trail to Big Boulder Basin. A primitive jeep trail climbs to the top of a large plateau at the base of the white cloud Mountains. From here the views expand in all directions. Idaho’s tallest point, Mt. Borah, sits like a painting on the eastern skyline. Big lake Creek drains from this high mountain plateau into Jimmy Smith Lake before it tumbles to the river. A few miles downstream Herd creek flows in from the east where a 10-mile narrow road climbs to Herd Lake at the northern boundary of the Jerry Peak Wilderness. The landscape has transitioned to high desert at this point. Bighorn sheep often hang from the rocky slopes on the north end of the river.

Now drifting further from the mountains, Road Creek and Spar Canyon provide two-track roads leading through the foothills to Highway 93 below the Lost River Peaks. This area is adorned with precious gems, miles of rolling sagebrush hills and home to a large herd of Wild Mustangs commonly spotted along these corridors. The sky opens at the bottom of the river passing through the green fire ranch, a wildlife preserve, before joining forces with the Main Salmon. After xx miles the East Fork of the Salmon meets its end.

Spring arrives much earlier on the East Fork than it does in Stanley. There are some great early hiking opportunities, mountain biking, wildlife viewing, gem hunting or just a retreat to the wild. Enjoy it now before the summer heat arrives, where temperatures can be substantially higher on the East Fork than up in the Mountains surrounding Stanley. Rejoice! Summer is just around the corner!