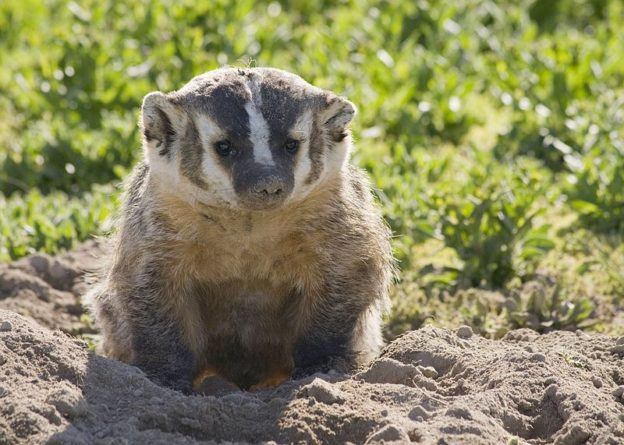 Field Notes - A Ball of Quills (Or, Identifying Sawtooth Wildlife)

First, a disclaimer: the porcupine who inspired the title for this blog post was very much dead. An unfortunate fate for a critter not so commonly seen by visitors here. The circle of life is strong in these parts, as he or she undoubtedly was another animal’s meal. Mr or Mrs porcupine entered my life last week while I was walking on one of the back roads around Lower Stanley. From the road I noticed a great many paw prints in the snow, leading to a small dark ball on the snow. Upon closer inspection I discovered it was a dead porcupine. From far away and without my trusty binoculars, I could only have guessed what the dark spot was. Up close the quills were a dead giveaway. This was a really neat moment for a naturalist such as myself, as getting close to a live porcupine in the wild is a good idea only if you're looking for painful, nature-inspired acupuncture. I snapped a few pictures of the animal, took a good long look at the amazing network of hair and quills covering its body, and continued on my way.

This moment got me thinking: identifying animals can be tough, especially if you aren’t sure what habitats they should be found in, or other identifying characteristics. So I’m going to talk a bit about some animals I have seen around the Sawtooth Valley and how to ID these critters for yourself. Red Fox, Vulpes vulpes: a common sight around town, the red fox is a small to medium sized mammal whose fur can range in color from pale yellow to almost black. Smaller than a coyote, red foxes eat rodents and other small mammals, birds, berries, and even bugs such as grasshoppers and beetles. If a red fox was a human, it would be comparable to the child who isn't picky at dinner and will eat whatever is put in front of them. Every parent's dream. From a distance, use size to distinguish between a fox and coyote. Color too, if applicable.

Coyote, Canis latrans: coyotes are common in the Sawtooth Valley and are often confused for wolves. While bigger than foxes, they are quite smaller than the grey wolf, Canis lupus. Their coats are gray to brown with lighter highlights, and their facial features are much smaller and sharper than a gray wolf’s. Their habitat range is very broad and can be found almost anywhere, most commonly in open areas such as sagebrush flats. A coyote's array of vocalizations is quite impressive, and they can sometimes sound almost human-like. I don't know about you, but I've woken up numerous times in my tent, a pack of coyotes yipping and howling right outside. It's an eerie sound that can still send shivers down my back.

American badger, Taxidea taxus: badgers are small but mighty. I once came around the corner of a dirt road in a large truck to find a badger in the middle of the road. Instead of fleeing, the badger stood his ground and paced back and forth, territorial and not afraid in the slightest of being outsized 100-1. Eventually he wandered to the side of the road, allowing us to pass. Lesson learned: if you encounter one of these guys while on foot, give it space! Badgers have a distinctive white-striped face and stocky legs. In the Sawtooth Valley they are usually found in open sagebrush habitat. People sometimes mistake badgers for wolverines, who are found in much different habitats - high alpine forests and mountains where snow is heavily accumulated. Wolverines stay far from roads, towns and other human-impacted areas.

Porcupine, Erethizon dorsatum: Porcupines are herbivores who live in wooded areas. They are excellent tree climbers and will build their dens in hollow trees or large rock piles. They have a large round body with short legs which give them a waddling stride. The stiff, sharp quills are found on their rump and tail and their front half is covered in longer hair-like quills. They are mainly nocturnal but can be seen foraging for food during the daytime too. They are solitary animals for the most part.

Whether just another mule deer or the elusive gray wolf, wildlife sightings are always exciting. If you have any photos of wildlife you’d like us to ID or if you have great stories of wildlife encounters we would love to hear them! We share these mountains with some incredible species, and the hope is that they will always call the Sawtooths home.