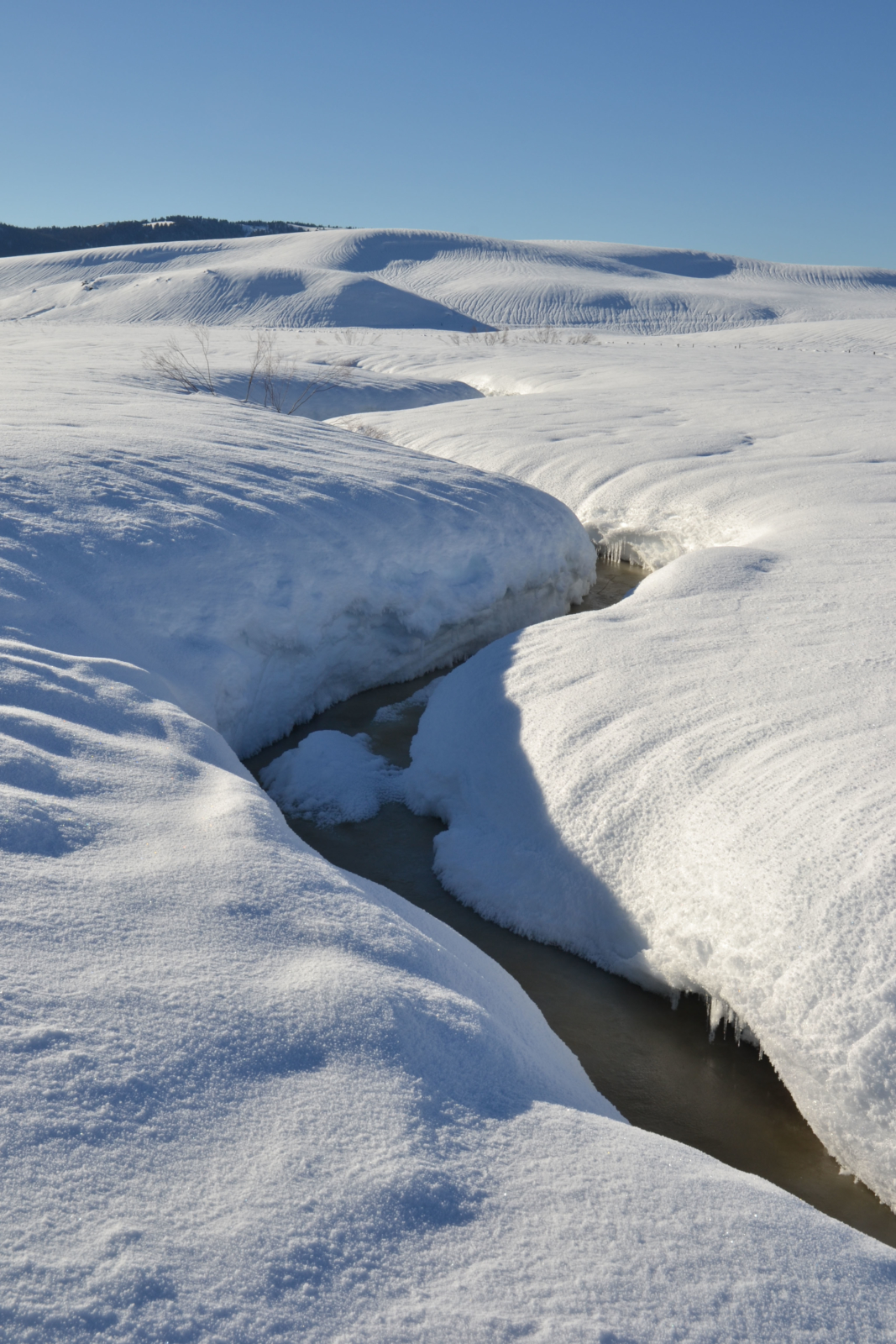 Hello Stanley/Sawtooth lovers far and wide! I’m here to introduce you to a new, once-monthly addition to our blog called Field Notes. It will chronicle the natural world here in the Sawtooth Valley through the months and seasons because, lets face it, this place would be nothing without its mountains, waterways, flora and fauna. Before I dive into this first post, a little bit about myself: my name is Becca and I’ve lived off and on in the Sawtooth Valley for the past three years before finally settling here for good, and I consider Stanley home. While I'm not as daring as the high-dwelling wolverine, I did once summit Mt Borah while battling a nasty cold. And while I’m not as knowledgeable of the land as the migrating pronghorn, I do pride myself in my ability to never get lost. Except for once in the middle of the Frank Church - River of No Return Wilderness. So maybe stretching the truth a bit on that one. I've worked as a naturalist, wilderness ranger, and wildlife technician, and have always been firm in my goals of education and conservation when it comes to the wild places of Idaho. Thank you for being here. So, on to Field Notes! The other day I got off work with a few hours of daylight still left. Knowing I couldn’t waste the blue skies, I threw a pack together and headed out to Nip and Tuck road. Once clipped into my skis I started down the road, enjoying the sun-softened snow and afternoon light bouncing through the Lodgepole pine.  Stanley Creek out Nip and Tuck Road When I reached the open flat, out of sight from the highway, I began skiing towards the distant hills intent on following the road that leads up to Basin Butte Lookout for a ways. As I started across the flat I noticed a tiny black dot several hundred yards ahead bounding across the snow. It disappeared and I figured that whatever it was had scampered into a hole. As I continued on, my curiosity got the best of me and I started towards the dot I had seen, hoping to find its hole, a window into the life of the under-snow dwellers. I searched around where I had last seen it then, finally giving up, began skiing back towards my original goal when I heard a surprisingly loud and terrified “EEEEEP”. Looks like I’d found the black dot!

Looking down, I found myself eye to eye with a tiny brown mouse, crouched in a divot in the snow. Her wide eyes were filled with certainty of death so I calmly snapped a picture of her and skied off a ways, giving her space to get back to her home. After a few minutes she bounded off and disappeared into a hole at the base of some willow branches. The stark contrast of her brown fur against the white snow was obvious even at a distance. Foxes, coyotes and raptors would have no problem picking off mice if they lived above ground in the winter, but rodents adapt. Called the Subnivean Zone, or “below snow”, a gap is formed at ground level under deep snow where mice and other small animals spend winters, temperatures there warm enough to sustain life. In the spring as the snow melts have you ever noticed matted down grass or burrows, revealed as snow levels dwindle? These are the work of such animals, who survive through the winter in this intricate web of tunnels. While the keen hearing of predators can pick up movement of animals below the snow, this way of living gives prey the highest chance of survival. Seeing the tiny mouse at a distance on top of the snow, it was obvious that these little guys wouldn’t stand a chance if they had to spend long amounts of time above ground in the winter. Lucky for them, they have that figured out too!

Tunnels revealed in the spring. Photo courtesy of www.flandrumhill.wordpress.com

When looking for new food sources the animals will come above ground for a bit, which is probably what my little friend was doing. A flash of brown on the snow, then back under they go, their tiny tracks the only clue into where they disappeared. Next time you’re snowshoeing, skiing or snowmobiling think about the world below your feet. As with many things in nature, there is far more than meets the eye. A whole world exists under our feet and if we stop and take a few moments to think about it and explore we can begin to understand the ways of unseen winter wildlife survival.