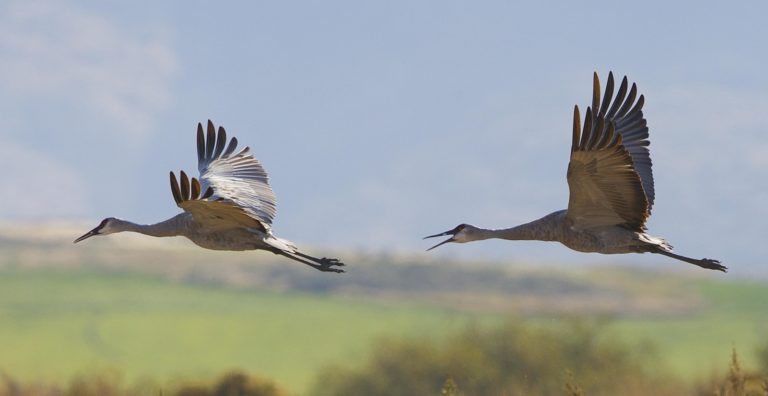 Field Notes - Return of the Birds to Stanley

Soon a steady return of people to the Sawtooth Valley will begin. Warm and sunny days beckon people to the mountains. But there is another kind of return that we are in the midst of: a return of the birds. It happens instinctively, often when weather is poor and snow still covers the ground.

Redfish Lake - a favorite of both humans and birds in the summertime.

So lets discuss the who, where and why’s of bird migration in Stanley. Who: The first question to answer is which birds migrate and which stay? Birds who rely on insects, berries and other plants for food migrate before winter fully sets in. Examples of some of these species are sandhill cranes, mountain bluebirds and those colorful Western tanagers, who all leave in the fall to warmer areas which are also more abundant with food. Bald eagles and magpies both stay, two examples of birds who can find enough food to make it through the harsh Stanley winters. Talk about gumption!

Where: Where do birds go when they migrate? Distances and locations vary. For example, greater sage-grouse, which are found in small areas of the Sawtooth National Forest, migrate short distances, maybe 10-20 miles. They look for an area where sagebrush is exposed in order to have sufficient food for the winter. These birds can handle the bitter temperatures that Idaho winters bring. Many songbirds such as those vibrant mountain bluebirds may fly all the way to Mexico or Central America to spend the winter! They then return to the Sawtooth Valley in the spring.

A bald eagle surveys the Salmon River while a magpie feeds on a winter elk kill. Both stay in the area year-round as long as food sources are sufficient.

Why: The simple answer to this is food. Food sources available to birds in the spring, summer and fall eventually become nonexistent or difficult to reach under the snow. Birds will use shortening of days, temperature and even genetics to know when to leave the Sawtooth Valley and fly south. In the spring, birds migrate north where day length is longer, food sources like new berries and insects are abundant and where there is less competition for nesting habitat. So next time you find yourself in the Sawtooth Valley, get out and see what species of birds you come across!