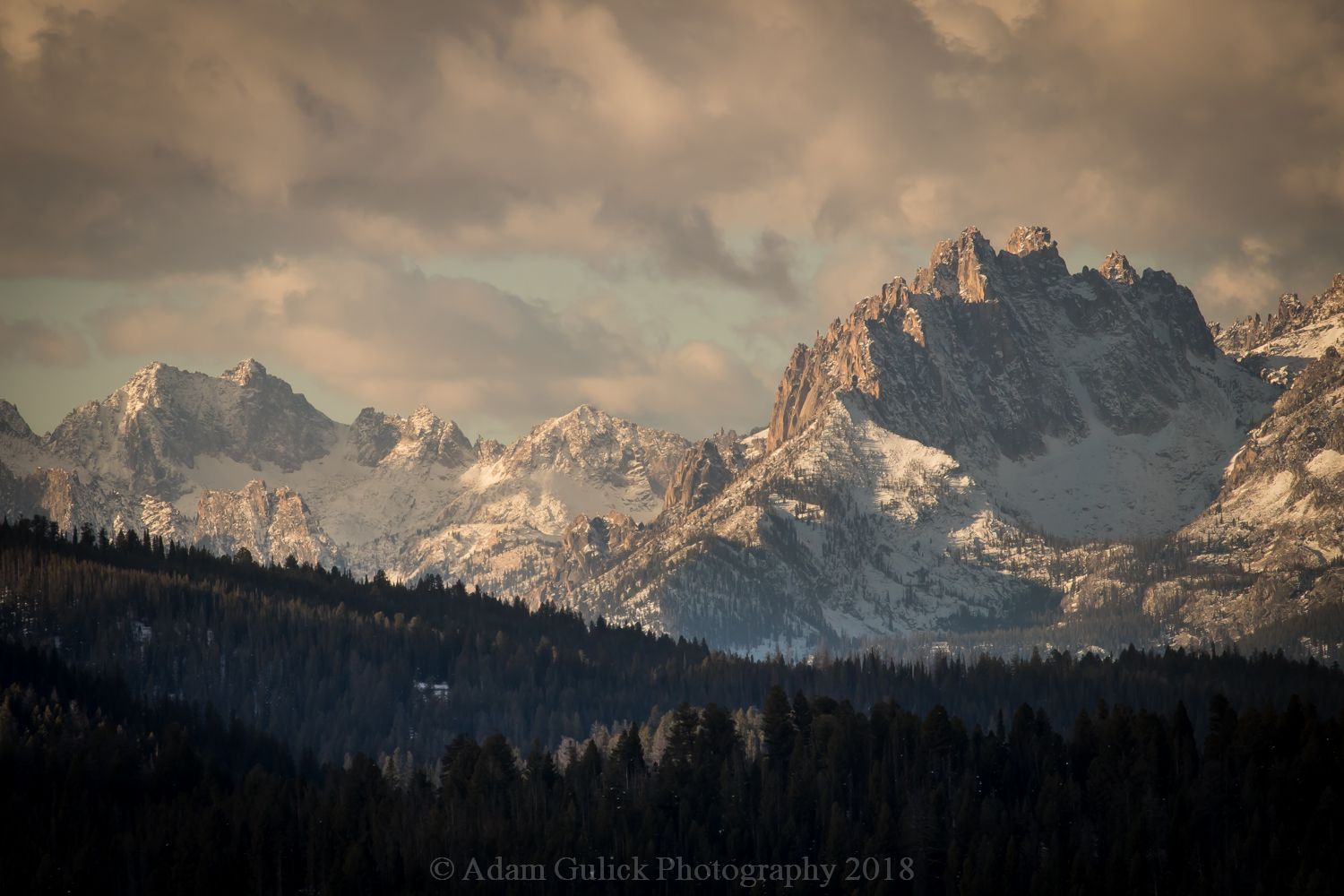 “The very remoteness kindles the imagination of the adventurous hunter. From the top of any mountain the challenge extends far and wide, until the mountains meet the sky.” ~Fred Bear

It is the morning of the last day of elk season... well, at least my elk season. Tomorrow I’ll be headed to North Idaho for a once in a lifetime shot at a bull moose. I’m not too terribly disappointed if I'm unable to harvest this year, as I’ve been successful over the past few seasons. After three seasons hunting other units, it's nice to be home in unit 36. Having not harvested a deer in a few years, my primary goal is to get a big buck down. Things looked grim, with preseason scouting turning up next to nothing, but with a little luck and about ten miles up and down the mountain, I tagged my buck opening day.

For the dedicated hunter, the season begins just as soon as it ends. By the time the meat is wrapped and stored in the freezer, antlers hung above the hearth, snow begins to drift into the valley. As the deer and the antelope begin their migration, it’s a time for reflection. The lessons learned about the hunt and often times about life. What went wrong? What should I have done in that moment? The adventures and triumphs, the mistakes and shortcomings, all motivators for the season to come. Perhaps within the hunter is an ancient spirit. A relic of our ancestors from a time since past. I’m not sure what could drive such an obsession, but every minute finely tuning one's skills, mastering the identity of the hunter, become more of a necessity than a hobby.

I laced up my boots next to the fire, reflecting on the year gone by. From photographing wildlife in their winter grounds, stomping the budding hills in the spring in search of sheds, to glassing the landscape from ridges, high above the valley, following the animals as they feed into their summer range, while counting down the days. Today is my last shot.

We started up the mountain, as the first awakening of light dawned upon the peaks. Our destination was a saddle. A saddle I had been crossing all summer, a sort of proverbial gate to elk country. The morning was warmer than days past, as the clouds hung heavy in the sky. I reached the top of the saddle, my father lagging behind. I tried calming my heavy breath, listening for the faint call of elk, sitting down on a rock, where I could look over the basin that had unfolded in front of me. I pulled my binoculars to my eyes and began glassing the draws and finger ridges, slowing moving up into the top of the basin. I caught some movement in a stand of dead Whitebark pines. Tan hides and dark necks moved between the trees. A heard of elk are feeding on bunchgrasses below the skeletons of the ancient pines. Just then, my father reached the top of the saddle. The elk were still a good half mile away, so we had to move fast, cutting the distance, before they fed back into thick cover.

The wind was in our favor. All we had to do was cover some ground without being seen. We picked up the pace, stopping occasionally, to keep an eye on our elk. The mountain hadn’t revealed all the elk to us yet, it was critical not to spook anything between us and them. We had cut the distance in half, and in half again. I snuck out on an overlook to check on the herd. The lead cow had moved across the draw to the adjacent ridge and the rest of the heard appeared to be following. We had to move quickly before they crossed the ridge, out of sight. One by one, the elk began to pop out on the open ridge. I spotted a bull at the heels a few cows. My heart was pounding, my breath was heavy, and my legs began to burn, but I still needed to cut some distance. I hit a large opening where the elk were sure to spot me from across the canyon. A lone bushy fir stood at the other end of the meadow. I put a tree between me and the elk and headed for the opposite edge, where I might get a shot. As I slowly snuck across the opening, a lone elk stepped into view on the ridge above the others. The elk stood noticeably larger than the others, a massive rack rest atop his head. It was the herd bull. He was standing on the horizon, his feet already out of sight. The fever took a hold of me. Suddenly out of the corner of my eye, two small bulls darted out into the opening about 50 yards in front of me. It was an easy shot. I pulled up my 30-06 and dropped the cross hairs behind the shoulder of the bigger of the two. I pulled my rifle down. The big bull was still on the horizon. I had time for one shot I quickly found a rest. It was a long shot, but I had no time to get an accurate range. I held the cross hairs above his back and squeezed the trigger. The gun went off, as an explosion of dirt blew up in front of the bull. I had under shot. The bull took one step and was gone.

Another elk season is in the books. Though I didn’t put one in the freezer, the adventures, challenges and lessons learned will feed my desire till next season. Hunting season comes and goes. Some are more successful than others. Moments that seem to disapoint are those that one looks back on with the most reverence. A year worth of preparation and hard work boiled down to a split-second opportunity. At the end of it all, not one moment has been a disappointment. I hunt for the sake of the hunt and it’s time to start all over again.

~Blog and photography by Adam Gulick