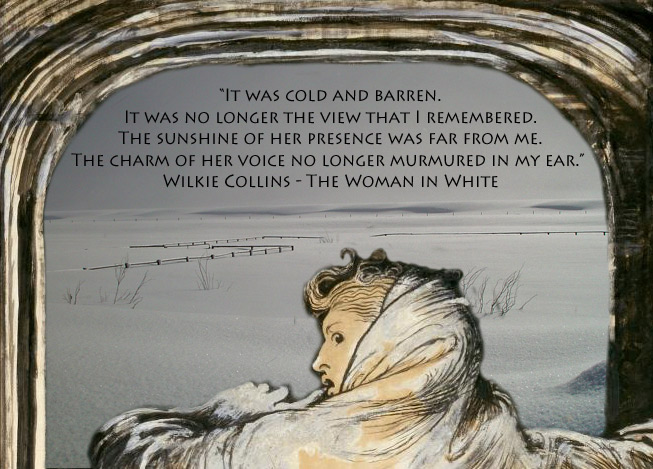 On Sunday, January 8th, Davinius read the last few pages of The Woman in White, closed the book’s cover, and left his snow cave alongside Alturas lake hoping to do a bit of trail grooming. Oddly enough, that very day was the 193rd anniversary of the birth of the author, Wilkie Collins. Published in 1859, The Woman in White is considered to be one of the first mystery novels and Davinius thought it a good one to boot. Sensational! Between reading the mesmerizing chapters of Collins’ book, he had done a lot of grooming these last couple of weeks and the trails had just started to look really good.

He had felt so encouraged and positive. Now things appeared to be headed in the other direction. As the snow and wind started to pick up and the trails began to disappear under shifting drifts, he realized what a pickle he was in. This was the dreaded pineapple express! and on top of that he had nothing to read but an old copy of Sun Valley Property News. How would he survive it? “It’s another damn snowmageddon”, he thought, as he cut an armload of dead branches from the overhanging trees and stuck them into the snow along North Cabin Creek trail. Maybe they’d help him find the trail again after this white onslaught. Maybe.