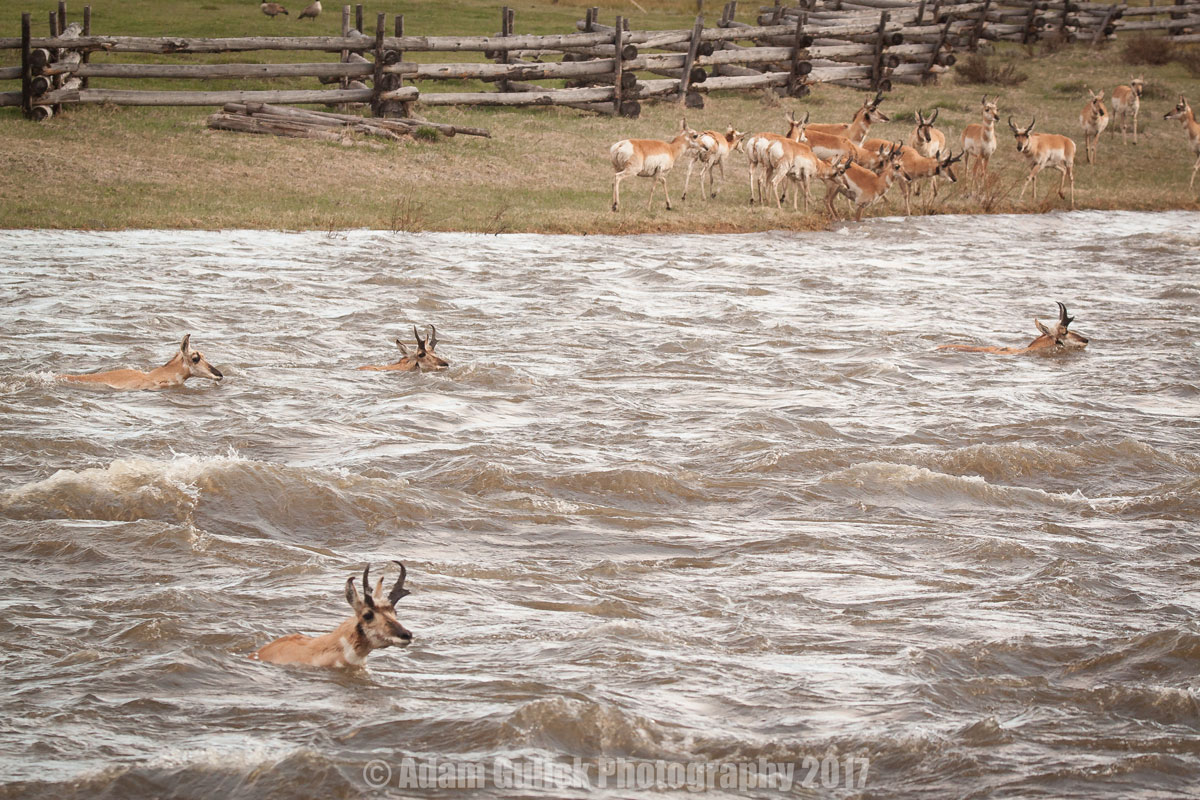 Return of the Pronghorn (Antilocapra americana)

Come late April and May, Stanley is greeted by the return of our swift-footed friends. The American Pronghorn are returning to their summer home beneath the Sawtooth peaks in the sagebrush basins. Every fall, around late October and November these ungulates migrate over the high mountain passes to lower elevations where winter forage is more available. Reversely, they return via those same mountain passes in the spring.

Often referred to as antelope, the pronghorn shares no ancestry to the true antelope of the African continent. Believed to be a relative of goats by many other, the pronghorn is actually the only surviving member of the Antilocapridae family and has been thriving in North America for over a million years.

The Pronghorn is the fastest animal in the Western hemisphere, reaching speeds up to 60 miles per hour, and can maintain 30-40 mph over long distances, which can often be witnessed come migration time. The pronghorn is also endowed with incredible eyesight, capable of detecting threats up to 4 miles away. These evolutionary adaptations were likely necessary to survive on open plains with little cover from predators.

Relatively small compared to other ungulates, pronghorn stands about 3.5 feet at the shoulder and weigh between 90-120 lbs. Their coats are primarily reddish-tan with a white underbelly, rump, and chest patches. Bucks(males), can be distinguished from females(does), by black markings on their nose and neck in addition to larger horns. The horns consist of a bone core and a stiff hair-like material forming a sheath around the bone. Like antlers, the sheath is shed annually to make way for new growth as the animal matures.

The pronghorn will feed primarily on grasses and forbs during the spring and summer, where their diet consists mostly of sagebrush and woody shrubs in the winter. Regardless of their speed, are not immune to predation. Young, and occasionally adults, will fall prey to wolves, coyotes, cougars, eagles and other large predators.

Breeding occurs during September/October. When bucks begin to rut, testosterone levels spike driving them to spare with other bucks to dispute dominance and breeding rights. It’s not uncommon to see these animal's speed on display as the bucks chase does endlessly, up and down the valley. The pregnant does have a gestation period of 7-8 months. They will migrate out of their summer home after being bred and return to give birth here in the Sawtooth Valley. The newborn fawns will learn quickly to run like their parents as a mere matter of survival.

Pronghorn can be observed almost everywhere in the Sawtooth and Stanley Basins. Nip n’ Tuck road, north of Stanley and Valley Road, south of town are great spots to observe these critters. Keep an eye out late-May and June for fawns clumsily frolicking in the meadows. The return of the Pronghorn means summer is just around the corner! Time to visit Stanley!