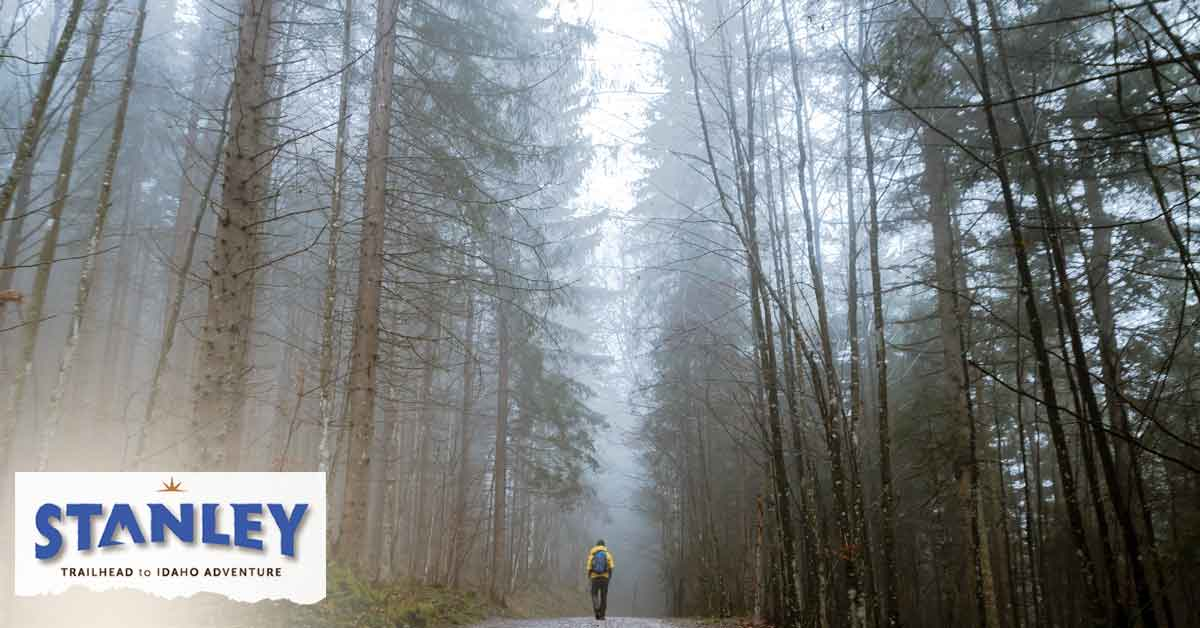 Saga of a First Time Hunter

My eyes cracked open and I looked over at the clock. It glared back at me in its big bright numbers. Too early, I thought, I can still get another hour of sleep. But my mind was racing and I couldn’t stay still. I swung out of bed. My first ever Opening Day had arrived.

The headlights of my vehicle on Highway 75 were the only ones to be seen. I drove the quick 15 minutes to my hunting spot, carefully chosen and scouted in the weeks prior, and pulled off onto the gravel road. A bright moon illuminated the hillsides around me, accompanied by a full halo around it. A friend once told me that such a sight was an omen of good luck. For a few minutes more I enjoyed the warmth of my car then grabbed my pack and my gun. It was time to head up high.

My heart rate had finally slowed and my eyes scanned the tree line in front of me. The moon was bright enough that I didn’t need a headlamp on the hike up, and my eyes were fully adjusted to the pre-dawn darkness. The wind howled across the ridgeline I found myself perched upon and I pulled out all the layers I had, bundling up to wait until the world brightened a bit more. Down-valley I could see a pink glow begin to creep over the mountains and I took a deep breath, allowing my lungs to fill with the very wind I was hunkered down, bracing myself against. Cold, alone, and excited for the weeks to come, I felt alive. No surprise to myself, my appreciation for the mountains I called home was growing deeper.

Up, down, up, down. I was glad for months of field work prior to hunting season that strengthened my legs and gave me the ability to climb these mountains. I didn’t have any luck with the first spot I had chosen to go to and found myself wrapping around the ridge, deeper into the road-less mountains. Fresh tracks were all I had seen so far and I was determined to find a living animal, even if it was not what I was after. The sun had finally made its way above the eastern ridgeline in front of me and I welcomed its warmth on the small amount of bare skin I had showing. I stopped to drink some water and dug into my pack, pulling out a treasured Snickers bar. Half frozen, it was still exactly what I needed and I strapped on my pack again, slung my gun over my shoulder and carried on, allowing instinct to guide me. Up, down, up, down. The trek continued.

Warm. Too warm. The temperature had risen higher and higher as the day went on and I was beginning to peel off layers. As is often the case, my growling stomach was dictating the day, begging me to drive home for lunch. I made the decision to call it a morning and began the long descent back to my car. Not having spotted a single deer I was discouraged but still in high spirits. Between the beautiful sunrise, the Clark’s nutcrakers following me from whitebark pine to whitebark pine, and a small elk shed I stumbled over on the way down, I wasn’t leaving empty handed. I smiled at the thought of another two weeks of this. Severely out-matched by the deer that inhabited these mountains, I couldn’t wait to slowly become more in tune with their world, hoping it would slowly become more of mine.

Today is October 22. I’ve been hunting now for almost two weeks and have had experiences and encounters that have given me a new outlook into this way of life many people choose to devote weeks and months of their year to. It will humble, challenge and change a person.

Days were long, mistakes were made, close calls and crowded roadside pull outs had me feeling defeated at times. But the good, oh was it good. First rays of sunlight peeking out, warming a face and feet that had slowly gone numb. Watching an elk herd one draw over simply be, not a single artificial hair atop their proud bodies. Wolf howls in the distance, piercing elk bugles in the early morning. The world is much more alive than we can imagine from our four walls and paved streets, and it’s a delight to become a part of it.

Tens if not hundreds of miles will be covered by foot by the time the season is over. Rugged country that many simply glance over has become my home away from home. Every twig I snap has meaning, Every hillside warmed by the first light of the sun has opportunity. The rest of the world fades while I am out there, and fresh tracks and smells are what my senses seek. Though hunting isn’t for everyone, if you like to work hard, see sights few ever will, and gain a new appreciation for this state that is comprised of 2/3 public lands, to you I say: give it a try. It will change your life, hopefully for the better.

And don’t forget, filled tag or not, hunting season provides.