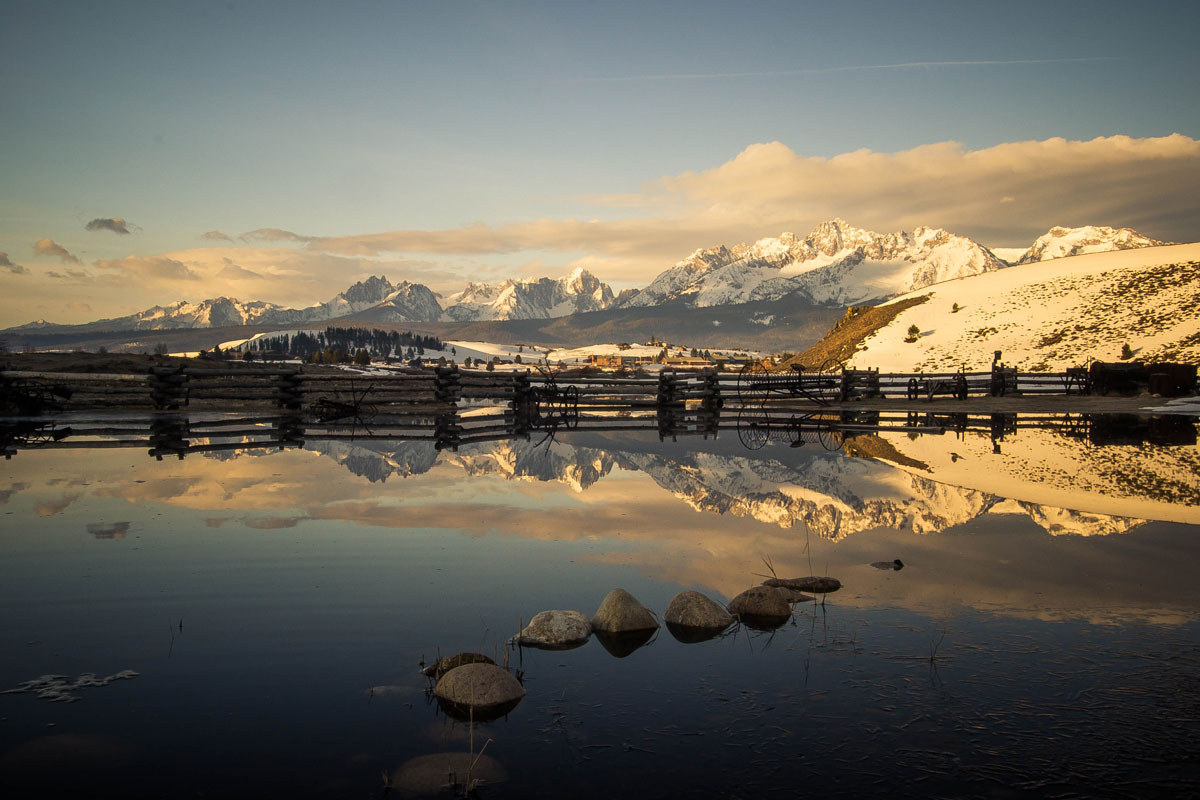 March 20, 2019: the day the sun rises and sets directly above the earth's equator, known as the vernal equinox, or more commonly, Spring equinox. What most people think of spring... budding trees, tulips, and Easter egg hunts, doesn’t fit the visual around here come March 20th. The snow is still piled high around town and the nights still turn the rivers to ice, but still, the equinox is a welcome arrival. Perhaps the snow shovels can go back in the sheds, the dwindling wood pile will pull us through, and the snowmobile repair bills will begin to subside. You may just hear a collective sigh of relief echo through the valley.

Though we can begin to see the light at the end of the tunnel, the mountains await in a state of limbo. But spring in Stanley is a wonderful time of year! A time of jovial playfulness, as life begins to resurface from the frozen earth.

The cold silence is being disturbed by the clatter of redwing blackbirds and honking geese migrating back to the mountains. The town elk have begun to desperately feed on the newly exposed grass as the snow peels away from the river's edge. The cunning fox enjoys a stroll in the warm afternoon sun, moussing, as rodents begin to resurface beneath the snow. The river awaits the mountains to shed, as the steelhead trout push further into the Sawtooth Watershed.

It won’t be long till the first winnowing of the Snipe echoes in the evening skies. The first calls of the Sandhill Cranes reply, in their distinguished song as they migrate back to the valley. Thundering hooves of migrating ungulates, like the pronghorn and the mule deer, approach the mountain passes. Soon the meadows will erupt with Camas and Shooting Star, the slopes with Balsam and Lupine. Spring for me, ranks only behind the fall, as my favorite season. It is a time of rebirth and one that awakens an adventurous spirit.

March and April are a great time to snowshoe. Warmer days and cold nights firm the snow, allowing the early bird easy trekking into the backcountry. Make sure to bring your steelhead gear, the fishing is only going to get better as the fish move up to spawn. With good snowpack, the streams should be rip-roaring this year and the ground should be plenty wet for those elusive morels and other wild mushrooms. Look in burned areas or anywhere with recently disturbed ground to forage these fungi. May and June are the best time for morels at this elevation. You may even be lucky enough to stumble upon an elk shed that typically hit the ground late March through May.

As life in the mountains begins to emerge around Stanley, the town once again begins to stir, as shops and restaurants reopen and extend hours in anticipation of a busy summer tourist season. The population of town will grow to its capacity, as seasonal workers come from across the country and the globe. Don’t wait for the summer crowds! Spring in Stanley is a serene, lively, and adventurous time to visit!