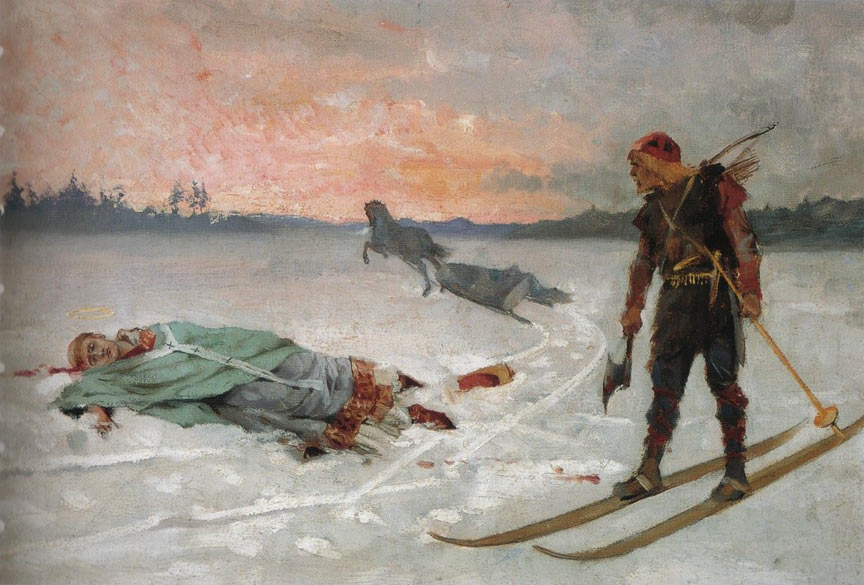 From the journals of ski history, on January 20th, 1156, Lalli, a good skier with a bad temper, and the fourteenth most famous Finn of all time, strapped on his skis and chased Bishop Henry across frozen Lake Köyliönjärvi where cut off his head with an ax. Excitable boy they all said. Then he took Henry’s hat and put it on his head… excitable boy they all said. Oh yeah, and he cut off Henry’s finger and put on his ring… just an excitable boy! 861 years later, on January 20th, all of the ski trails at Alturas Lake, except for North Cabin were rolled… we hope to add classic tracks on Saturday. At Park Creek, Lupine, Shooting Star and Camus were groomed and in good shape, Sego and Larkspur are very rough but some intrepid ski tourists have enjoyed the rustic backcountry.