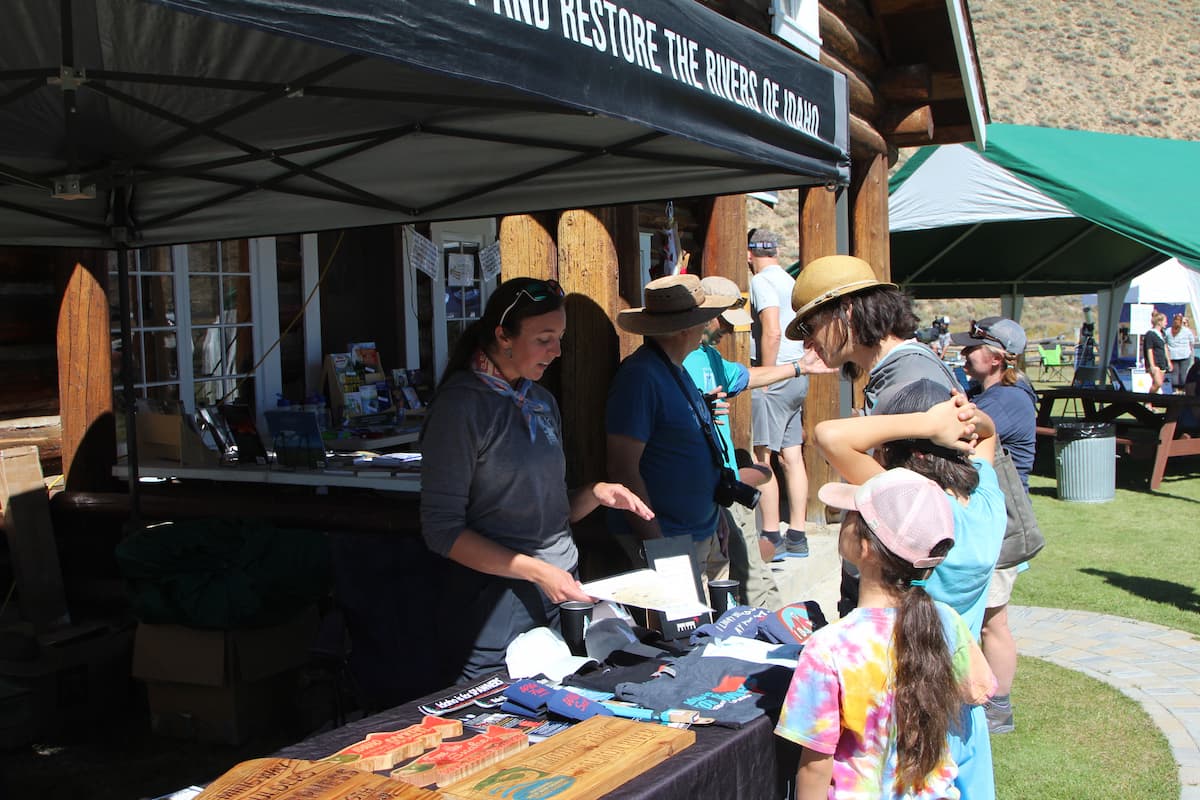 Melting winter snow and small creeks in the Sawtooth Valley form the headwaters of the Salmon River that is paramount to the lives of many Stanley, Idaho residents. Local farmers rely on the natural resource to irrigate crops. Ranchers use it to hydrate their animals. Outfitters make their living teaching people how to raft, kayak and fish. Recreationists enjoy the thrill of paddleboarding, river surfing, boating, water skiing, and even playing pond hockey. Important not only to the residents, the Salmon River and Redfish Lake have also been the spawning grounds for endangered anadromous fish for thousands of years.

What Are Anadromous Fish?

Chinook Salmon, Sockeye Salmon, and Steelhead are categorized as anadromous fish because they make their way upstream. The Greek term, “Anadromous,” literally meaning “running upward,” describes fish who are born in freshwater, travel to live 3-4 years in the sea, and then make their way back upstream to freshwater (where they were hatched) to spawn and perish.

What is Stanley’s Connection to Anadromous Fish?

The Salmon River, with headwaters in the Sawtooth Valley, is home to the longest salmon migration in the contiguous United States. Therefore this river system plays an important role in providing healthy habitat for the salmon and steelhead that return to the area each year.

Why Are Steelhead, Chinook and Sockeye Salmon Endangered?

In the early 1950s, dams were erected to harness hydropower, making it difficult for anadromous fish to navigate their already heroic journey. The barriers became so difficult to pass that in 1992 a solemn sockeye salmon, lovingly nicknamed Lonesome Larry, was the only one to make the roundtrip voyage home to Redfish Lake.

Today the salmon that travel back to Central Idaho still have to trek an incredible 900+ miles from the Pacific Ocean, to the Columbia River, on to the Snake River and up the Salmon River and its tributaries.

According to Lin Gray, Executive Director of the Sawtooth Interpretive & Historical Association, “They climb over the fish ladders of 8 dams and over 6,500 ft in elevation. The young salmon do it in reverse, swept downstream by spring runoff.”

The salmon and steelhead also physically change to adapt from salt to freshwater.

Their feat is nothing short of a miracle, which is why Idaho Rivers United and the Sawtooth Interpretive and Historical Association, are on a mission to make the fish’s lives a little easier and hopefully help increase their numbers by sharing information through an educational event called the Sawtooth Salmon Festival.

What is the Sawtooth Salmon Festival in Stanley, Idaho?

Each August, since 2000, the Sawtooth Salmon Festival is held on a Saturday late in the month. In recent years it has been held at the Stanley Museum between Stanley and Lower Stanley on Highway 75. With sponsorship from the Stanley Sawtooth Chamber of Commerce - Regional vendors, Idaho Rivers United (IRU) and the Sawtooth Interpretive and Historical Association (SIHA) offer the following activities FREE to the public:

There are also food and beverages available for purchase with the proceeds going to IRU and SIHA.
For more information on when the event will be held this year, view the August calendar on our Upcoming Events page or the websites for Idaho Rivers United and the Sawtooth Interpretive and Historical Association .