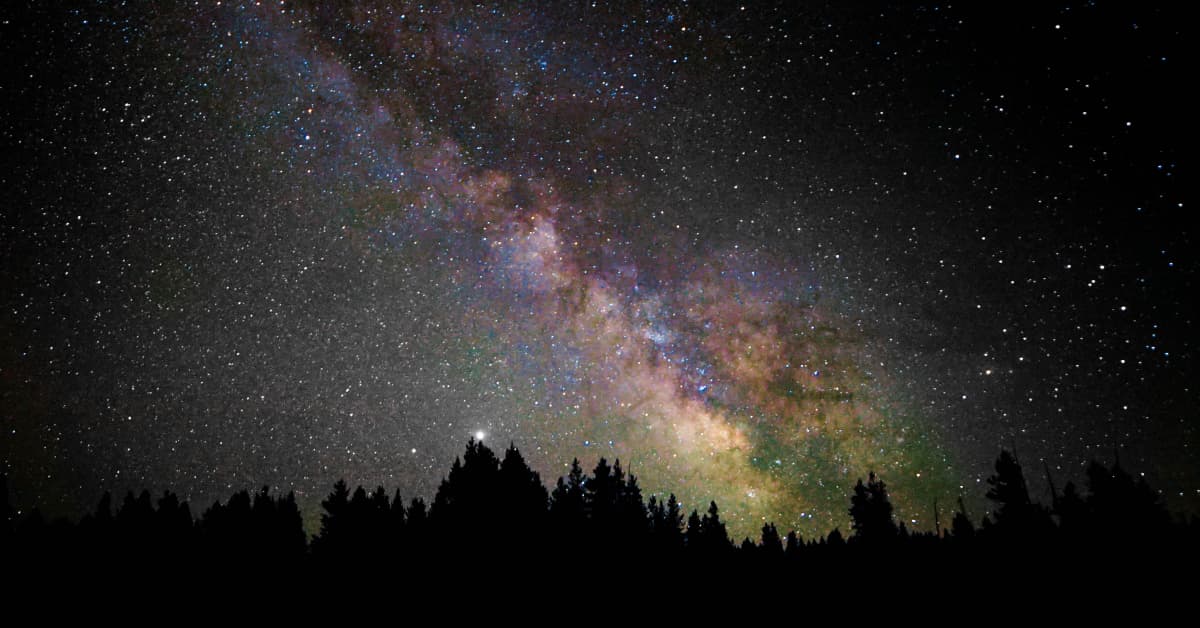 Your Guide to the Central Idaho Dark Sky Reserve

Did you know there is an area in Idaho so dark that you can view the Milky Way Galaxy and planets year round with the naked eye? This sounds pretty impressive because it is. Studies show that 80% of people in the United States cannot see the Milky Way due to light pollution . Luckily, Stanley, Idaho, and the nearby cities of Ketchum and Sun Valley have worked hard to advocate against light pollution, which, in conjunction with their locations in the federally preserved Sawtooth National Recreation Area, has resulted in the Central Idaho Dark Sky Reserve.

What Is Light Pollution, And Why Is It A Problem?

It's not by accident that the city of Stanley is home to the Central Idaho Dark Sky Reserve. Cooperative efforts from public land managers, nearby towns (Ketchum and Sun Valley), and private landowners have made the Reserve possible.

Current Stanley Mayor, Steve Botti, says the dark sky was one of the first things he noticed when he moved to Stanley 15 years ago. He felt it was a genuine amenity. When he learned about the efforts of the International Dark Sky Association, he felt passionate that it was something the city of Stanley should participate in.

The Mayor, council members, business owners, and residents in Stanley have contributed significantly to the Central Idaho Dark Sky Reserve by practicing dark sky compliance. For instance, the city of Stanley has upgraded its streetlights three times to make them dark sky compliant. Mayor Botti said,

"We started like most cities with a hodge-podge of lighting which had no shielding or dark sky compliance. Then we switched to LED lights ten years ago, which met the requirements at the time, but they were a blue or white color temperature that was uncomfortable to look at. Later, we switched to a more neutral light that worked for several years, but we wanted to go even further when technology improved. Around 2019, we made a significant investment in switching to street lights that were shielded and had a more restful amber light color. We worked to get adequate road coverage, proper mounting, and adjusted fixtures. We don't have plans to update the light anytime soon, and I'm not sure we even could because the current ones are so state-of-the-art."

What is the Central Idaho Dark Sky Reserve?

The Central Idaho Dark Sky Reserve (CIDSR) was designated on December 18, 2017, to provide community outreach about the night sky and reduce light pollution. The 900,000+ acre CIDSR is situated around four different wilderness areas and the federally preserved Sawtooth National Recreation Area, making it the perfect setting to protect the view of the night sky also. Beyond being one of the best places in Idaho to view celestial objects, The Central Idaho Dark Sky Reserve is

The impact of the Central Idaho Dark Sky Reserve is becoming more visible through NASA's Science Activation Program, which awarded $1 million to Brian Jackson, an associate professor in the Physics Department at Boise State University, in 2021. Jackson told Boise State Radio's Gemma Gaudette that he was so stunned to learn he'd earned the money that his wife had to read the letter to him three times!

Professor Brian Jackson explained that the awarded funds are part of a cooperative agreement where he acts as a partner rather than a grant where he'd serve as a contractor. He adds, "The NASA award is being distributed over three years, with an overall plan to unite NASA experts with the community through four strands of engagement:"

Proto-astrophysicist Catherine Slaughter was the first Astronomer-in-Residence to visit the Reserve as part of the NASA Science Activation Program. During her month-long stay this past summer, Catherine organized over a dozen family-friendly events, including star observing parties, a demonstration on finding sun spots, and public lectures. With rural areas of Idaho being perennially underfunded in education, it's essential to Jackson that each of the astronomers is selected based on experience with outreach to rural areas, as well as the agendas they create. Catherine was chosen because she had previous outreach experience in rural New England and a fantastic lineup of engaging event ideas.

Although timing depends upon the astronomer, the plan will move forward to host a new astronomer in 2023 and 2024. According to Jackson, as long as efforts are productive and live up to the program's spirit, there is reason to believe that the program could continue perpetually. "Folks interested in visiting the Reserve over the summer should pay attention to when the next astronomer is visiting. We should know who the next astronomer-in-residence will be by this winter," says Jackson.

What's Next for the Central Idaho Dark Sky Reserve?

The current dark sky outreach programs and work to monitor and reduce light pollution impacts within the Reserve will continue. Carol Cole, President of the Idaho Dark Sky Alliance, shared that the board is also exploring options for interpretive signage or possibly an observatory to establish a more tangible presence for the Reserve. Involvement and support from the community will be essential in planning for these and other efforts. Stay up to date on Dark Sky happenings through our Stanley Chamber Blogs.

How Can You Get Involved?